There is a residential inventory build in the Fort Lauderdale area that we haven’t seen in a few years.  The number of houses and condos on the market hasn’t surpassed 15,000 since March of 2016.  In January, there were 6,162 houses and 8,835 condos for a total of 14,997 residential properties listed for sale throughout Broward County.  This looks like it is a slow building process and should lead to a softening in prices. 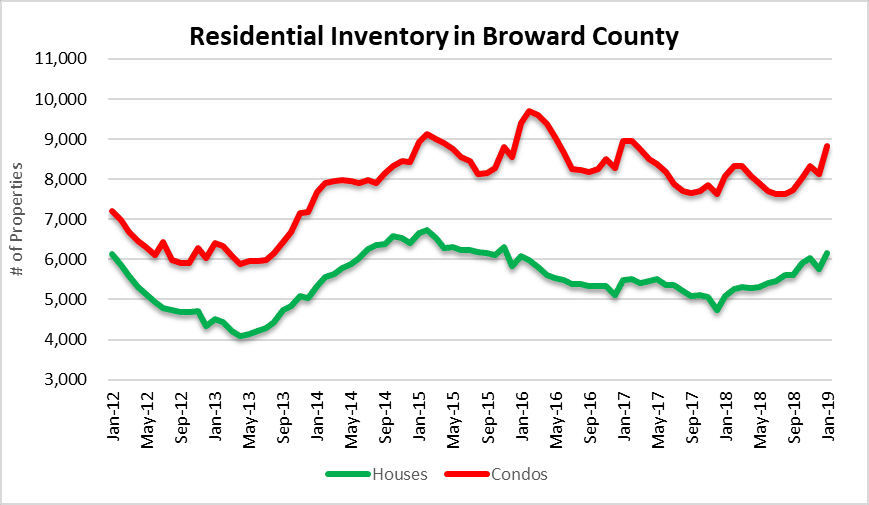 The number of closed sales tanked in January and hit a low we haven’t seen since we started charting sales data in 2012.  There were only 1,916 closed sales in January.  This time of year typically sees a slowdown, but it hasn’t been this bad since the last crisis.  As we have detailed previously, the charts tell us that the South Florida residential market peaked around  June 2018 when there were a total of 3,454 closed sales.  The January number of 1,916 closed sales is a whopping 45% decline from that high point. 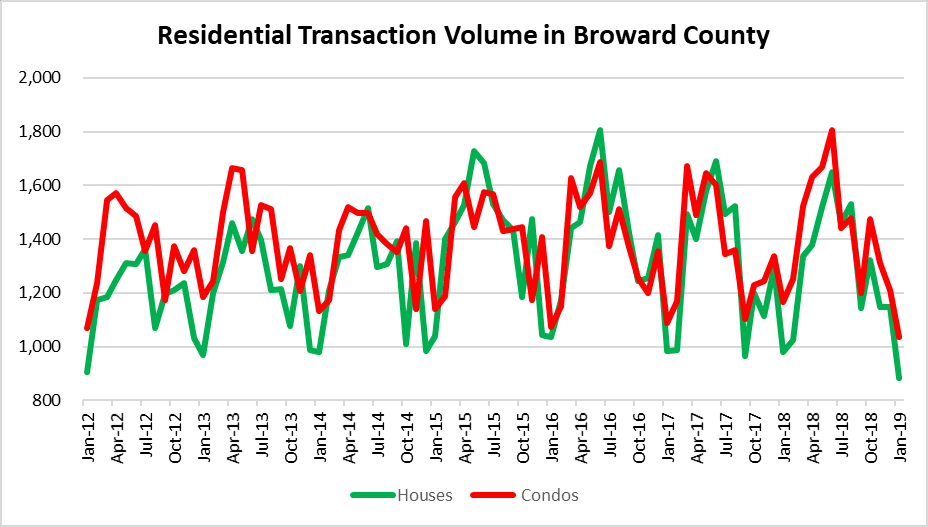 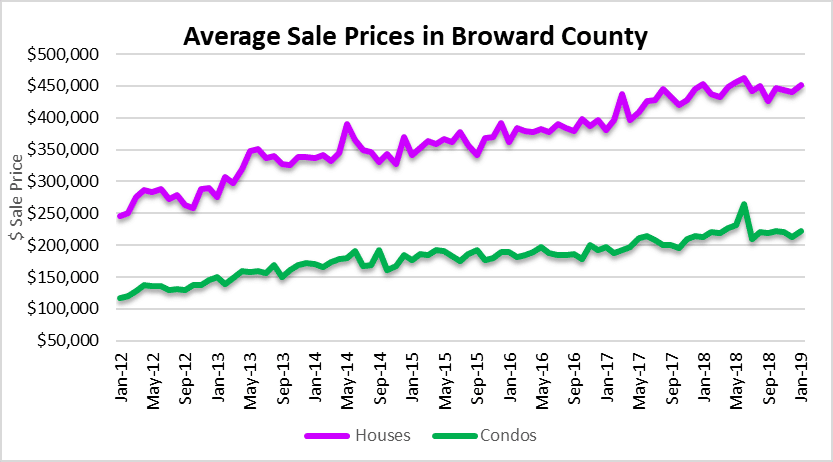 The mortgage market is doing their part.  Rates have settled and still remain low by historical measures.  If transaction volume is this bad under these conditions, any spike in rates could do some serious damage to the housing market. 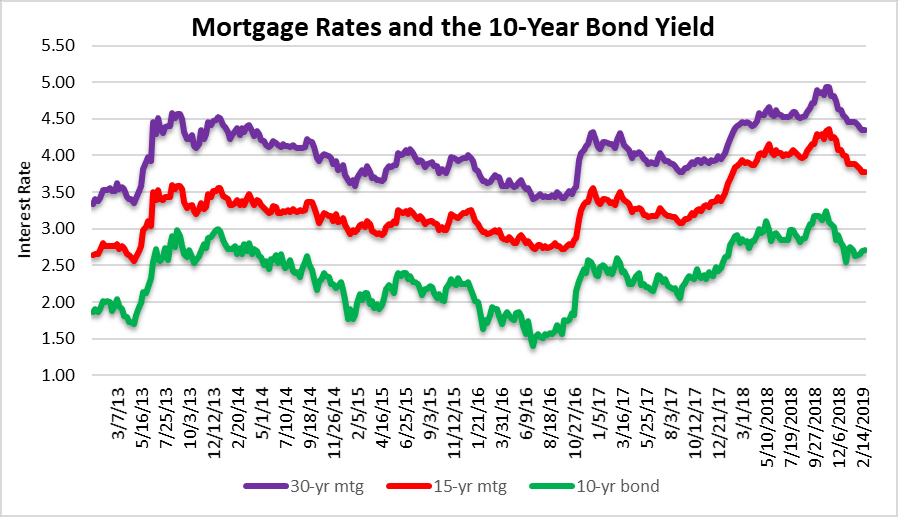