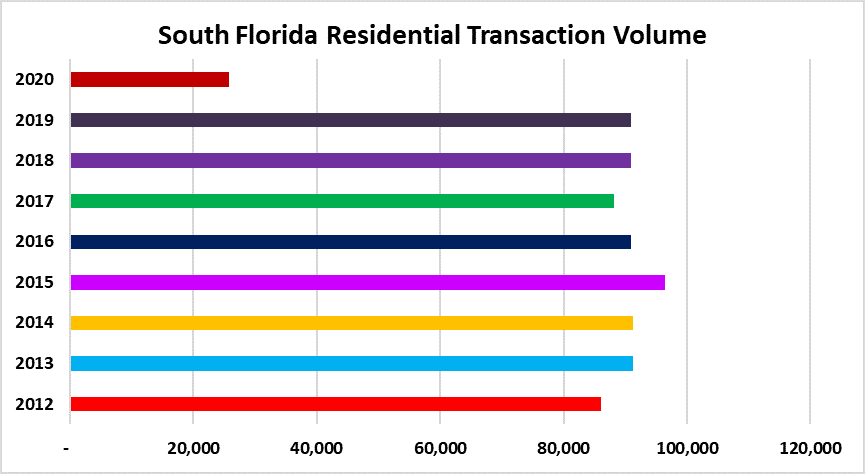 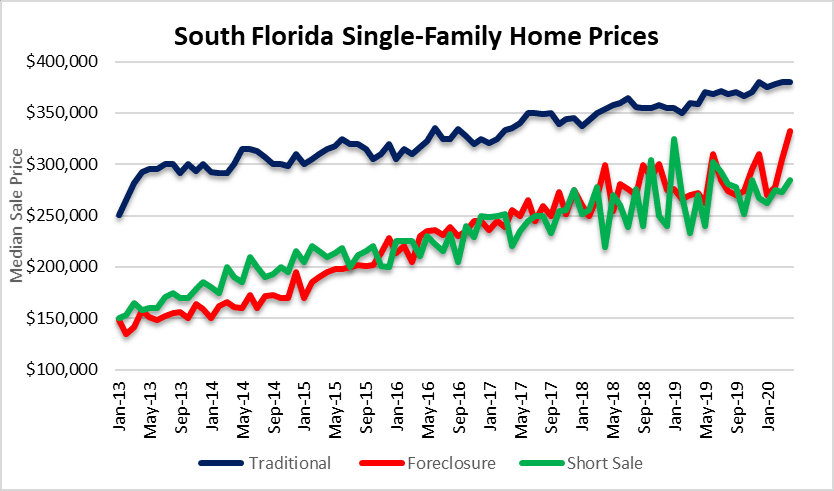 Here is a snapshot of how house prices fared during the month of April.  Most of these deals went under contract in February or March before the COVID-19 lock downs, but you would be surprised to see how many buyers still wanted to get out and see properties. 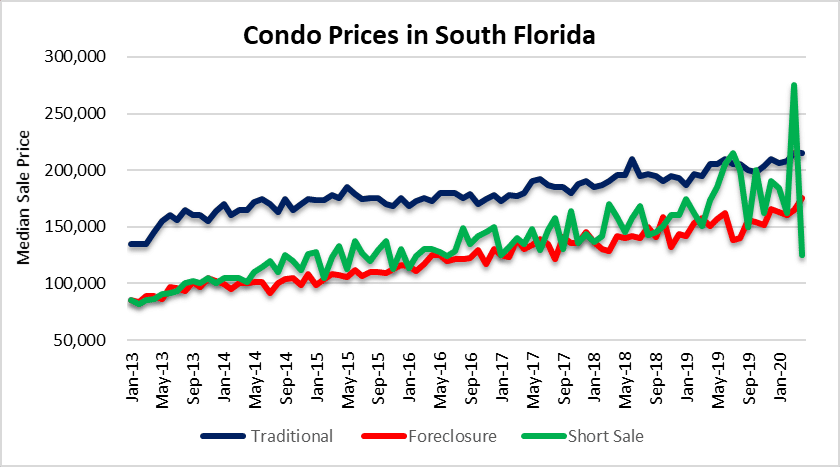 There seemed to be some volatility in the price of condo short sales in April, but that can be attributed to lower volume in that segment during the month of April.  here is a look at the condo numbers:

Mortgage foreclosure filings came to a screeching halt due to the virus.  It looks like the moratorium on foreclosures and evictions lasts until July 1st unless it’s extended.  Floridians have a benefited from number of halts due to hurricanes, robo-signing and the overall backlog of filings since the housing bust. 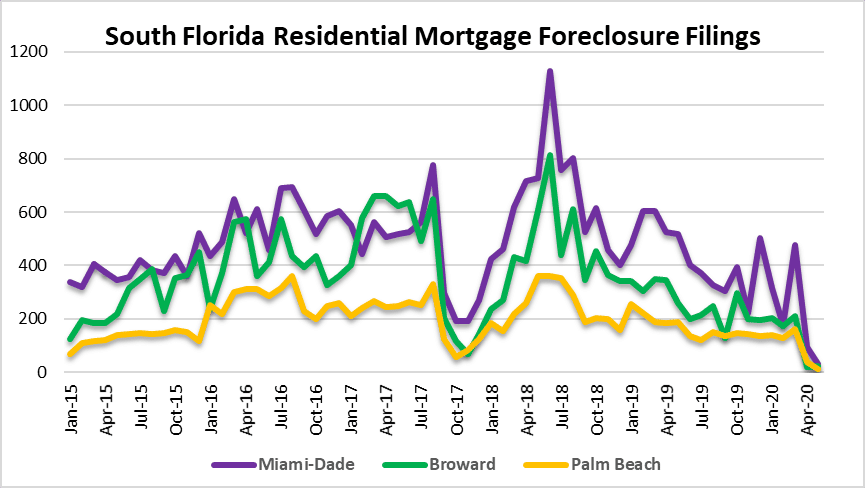 Borrowing costs should remain low for much longer than expected.  There is a good chance that the economic recovery will take a few years, so it’s safe to say rates won’t move much from here.  The 10-year bond has been a good indicator of where mortgage rates will go. Check out this debt clock which shows the national debt surpassing 26 Trillion Dollars this week!  As long as bond yields drive mortgage rates, it’s safe to say that borrowing costs remain low for mortgages and government debt for the foreseeable future.  How else will the government service that monster debt? 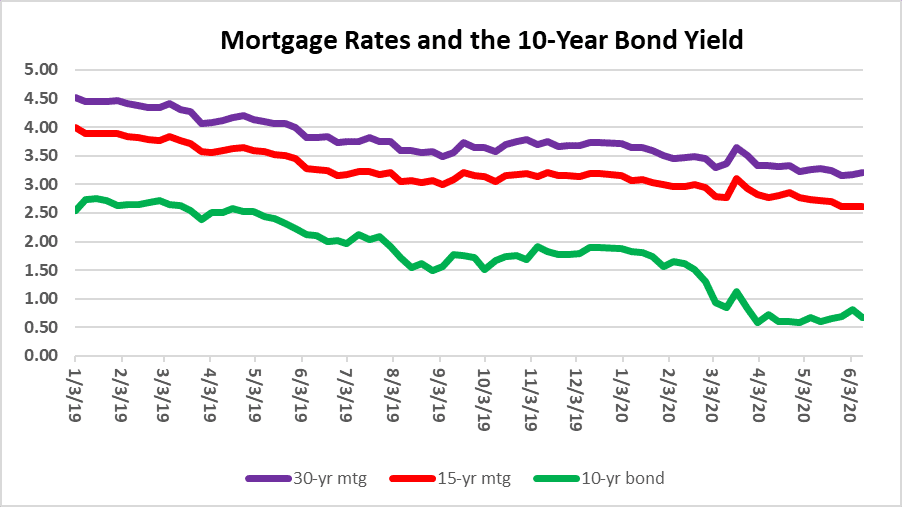