Lower rates provided some real estate market support in the first quarter of 2019.  Whether the rate drop was caused by recession fears or the market realizing that the Fed won’t raise again this year, we don’t know.  The charts show that it provided needed support to the residential real estate market.  In the first few weeks of November 2018, 30-year mortgage rates were reaching the dreaded 5% mark, but have dropped off since then.  Since the majority of real estate purchases are payment sensitive, this decline helps bring buyers back to the market by saying:  “Come on in, the water is warm!” 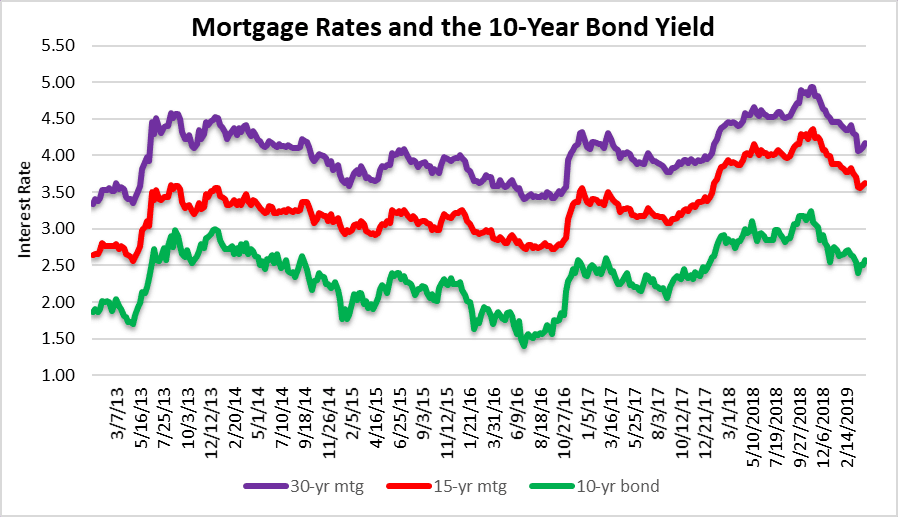 Look no further than the bounce in transaction volume during the month of March if you need evidence.  There were 7,869 closed sales in the single-family and condo markets in March.  This represents a 36% increase over February when there were only 5,790 closings across the Miami, Fort Lauderdale and Palm beach areas.  Some of this transaction volume is seasonal activity. You should be able to see the spikes in volume over the past several years in the chart below.  It is still our belief that we will not revisit the highs from June 2018 when we think the South Florida residential real estate market peaked for this cycle. 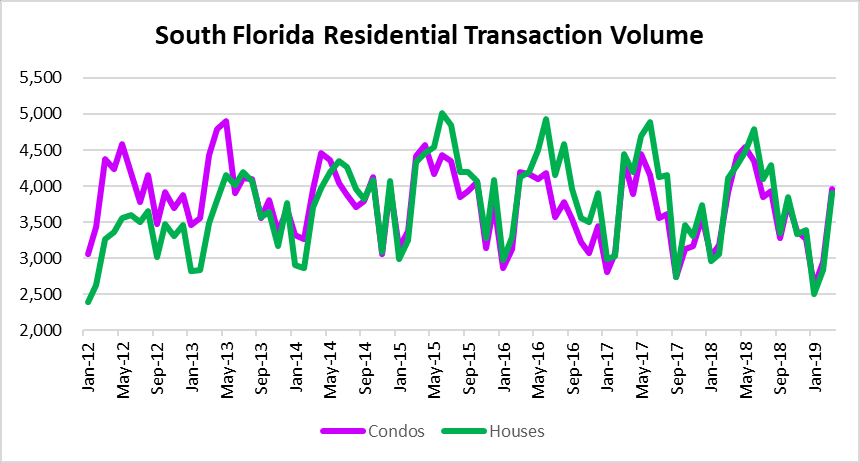 It’s interesting to see how the higher transaction volume took a bite out of the existing residential inventory.  Total inventory declined from 54,242 houses and condos on the market in February to 53,024 in March.  This is still the highest level we have seen since October / November 2011 after the last housing crash.  The steep decline on the left hand side of the chart is when banks halted foreclosures and the government bailouts started.  After 2012 the creation of housing bubble 2.0 started. 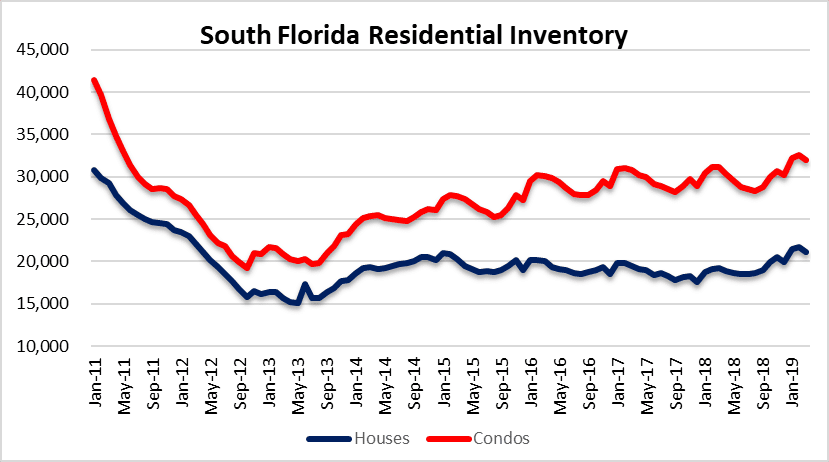 Lower rates may have prevented prices from falling in the first quarter.  In March, the average sale price of a house was $512,256, up a whopping 49 Bucks from February.  Condos fared slightly better, where the average sale price reached $322,817, up from $309,463 in February.  The average sale price has higher price sensitivity to a few large transactions lifting the figures and that is most likely the case here.  All real estate markets are different, but on a national level it looks like the market is softening and properties are remaining on the market longer. 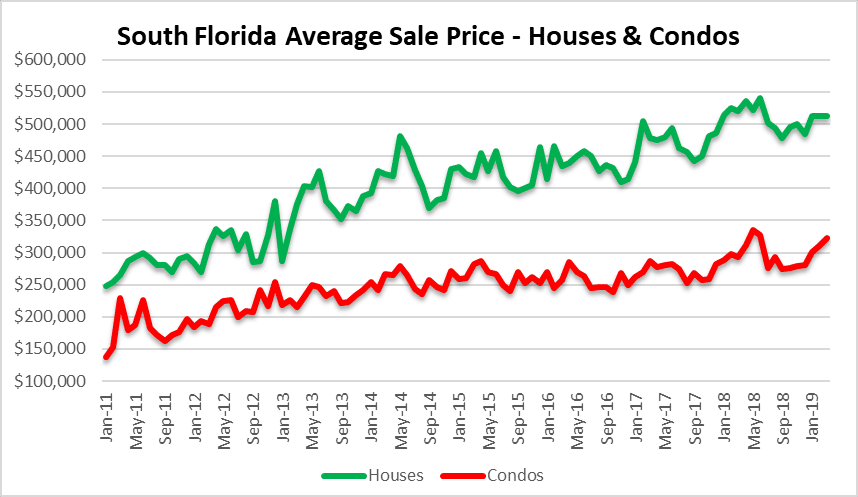 Here is a quick snapshot of the new mortgage foreclosure filings in the tri-county area.  There was a large spike in 2018, especially in Miami-Dade County.  So far the new filings have remained tame in 2019. 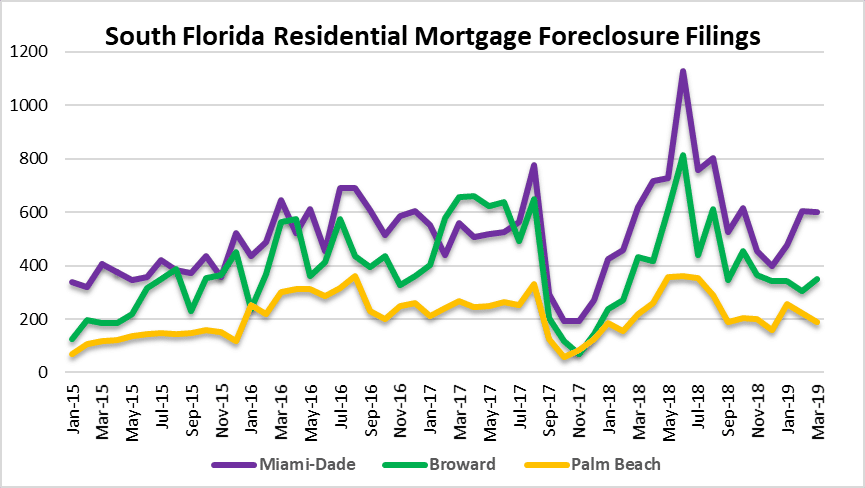