Did the South Florida housing market make one final push before things normalize?  It looks like deal volume was strong during the month of June across the area, but prices may finally be coming off their highs.  What’s crazy is that people may finally be realizing that we are in yet another housing bubble.   Well, it sure took them long enough!  Let’s look at a few charts:

One final push in prices 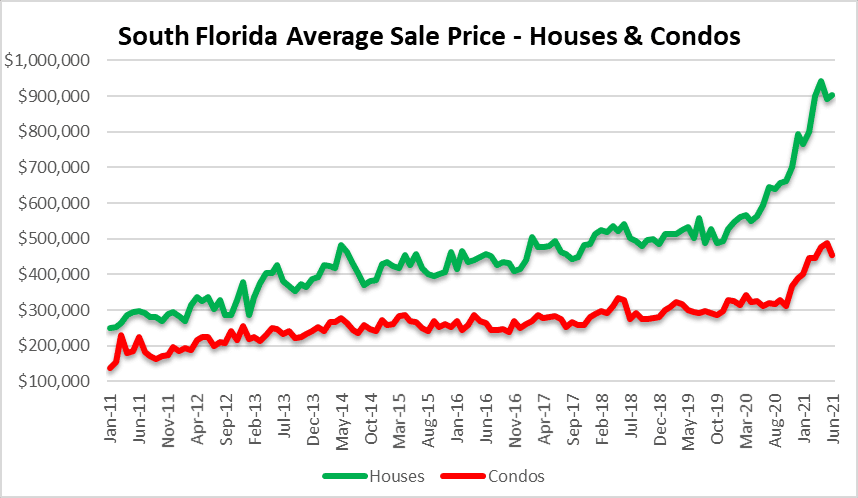 June was a mixed-bag for South Florida real estate prices.  Although single-family home prices moved slightly higher, they are still down 4% from the high they made during the month of April.  In June, the average sale price was $903,426, up from $892,296 in May, but still lower than April.  As we mentioned in a recent post, it looked like prices peaked in Fort Lauderdale during the month of April, but in an upcoming post we will show how they made another move higher last month.  Looking at the tri-county area, it sure seems like April was the peak in prices for this cycle. Condo prices across South Florida in June were 7% off their May high of $488,283, dropping to $455,086 last month.

One final push in deal volume 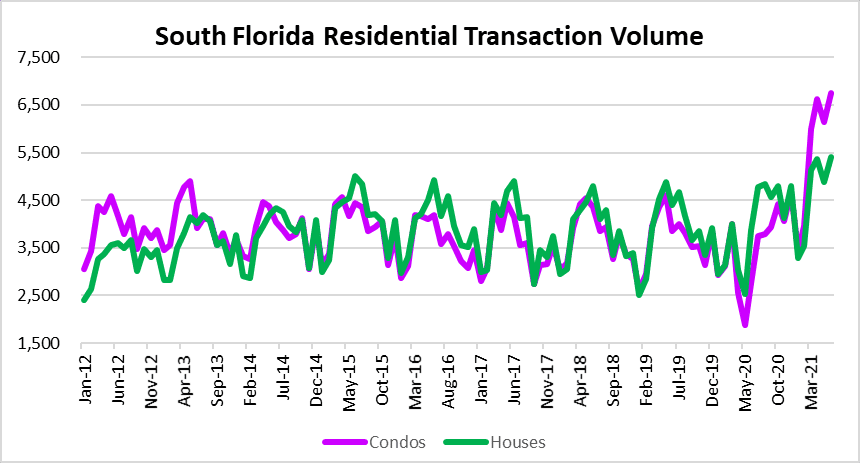 Check out this chart of deal volume reaching higher!  We should start taking bets on where it’s going next.  There was a nice move higher in transaction volume for houses and condos during the month of June.  Here is a breakdown:

Inventory of houses and condos for sale 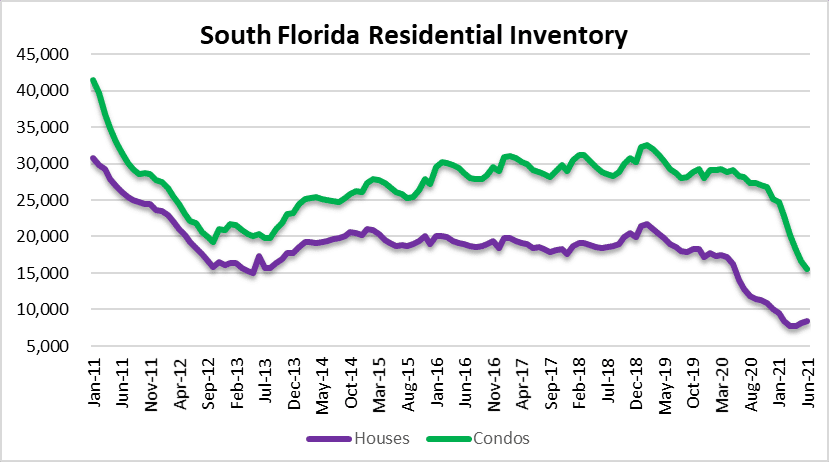