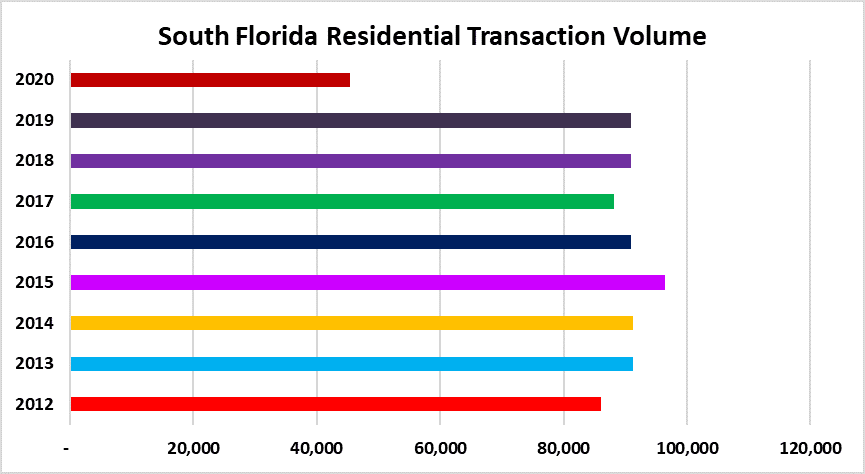 Who would have guessed that South Florida would see record unemployment and near record real estate prices in the same month?  This goes to show how we are witnessing record wealth disparity, and this isn’t just a local issue.  The month of July showed a sharp rebound in the volume and prices for single-family properties, while the condo market lagged.  Regardless if this just another bubble or a sugar high,   let’s look at some charts:

Setting a record in house prices

This chart says it all.  Of course the sale of properties in the ultra-luxury market will drag the average higher and that is most-likely the case here in South Florida.  The average sale price of single-family homes hit a record of $645,124 during the month of July, representing a 16% year over year increase.  Keep in mind that closings during the month of July went under contract somewhere in the May-June time frame. Condo prices increased 9% year over year, reaching $319,064 in July. 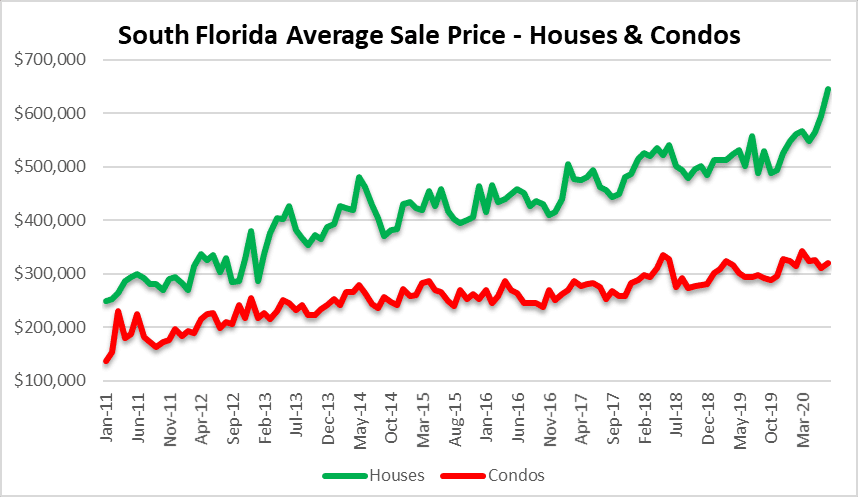 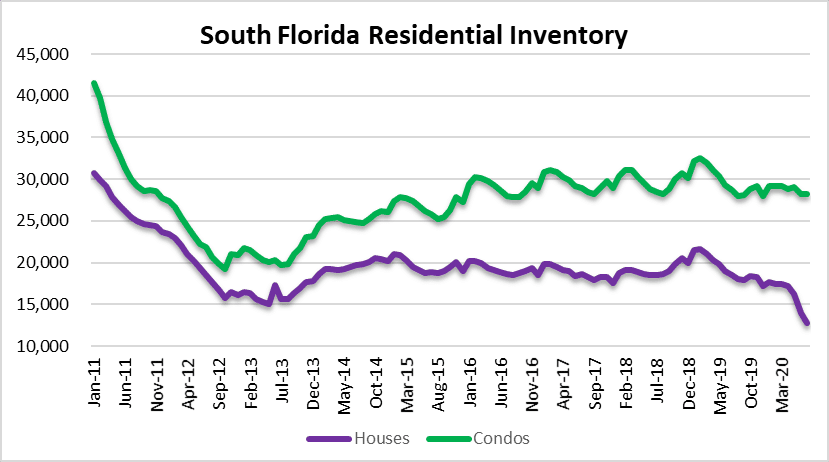 Let’s add some lighter fluid to this rally!  Take a look at where mortgage rates are this week.  The last time that 30-year mortgage rates almost reached 5% was back in November of 2018.  Have we recovered from the last housing crash yet?  According to this Freddie Mac survey this week, the 30-year fixed rate mortgage was 2.99% (plus .8 fees/points), while the 15-year was at 2.54% (plus .7 fees/points). 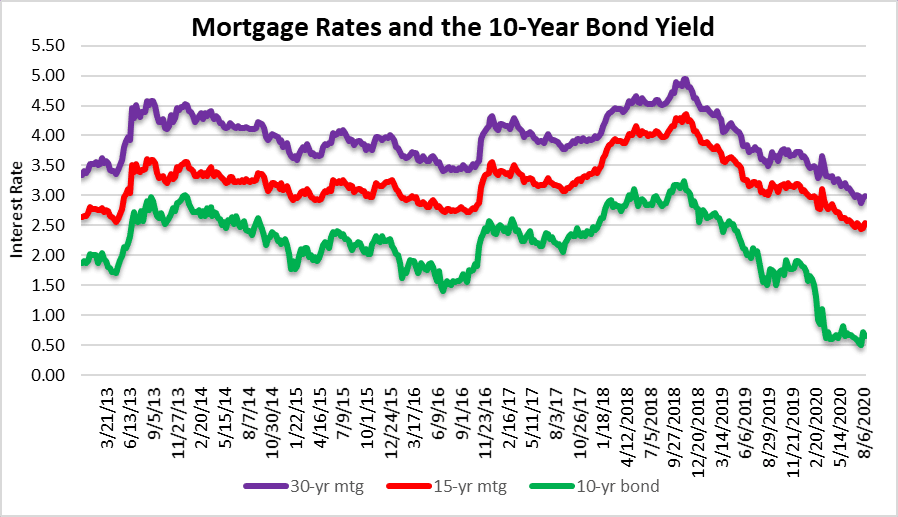 The deal volume wasn’t quite record setting in July, but this next chart shows that the May / June time-frame is typically the most active part of the year for residential transactions across South Florida.  Perhaps that was just dragged forward to July this year due to delays from the pandemic and the associated lock-downs.  If we just look at single-family home sales beginning in 2015, here are the annual peaks in deal volume, shown by the green line in the chart below: 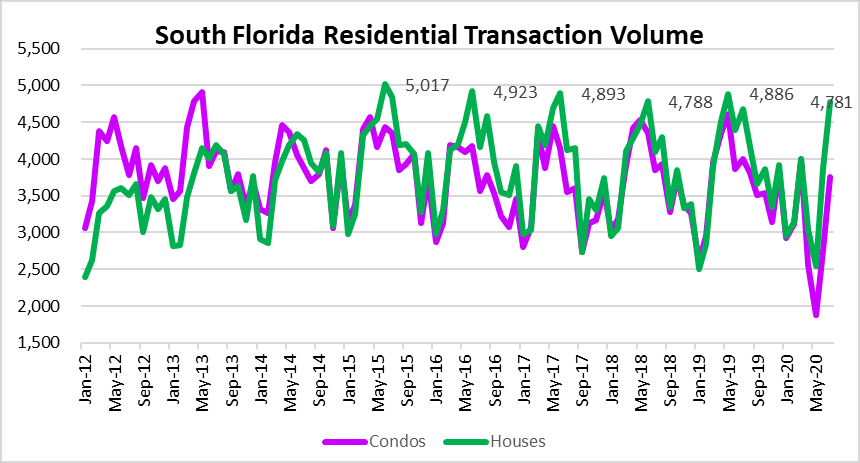 Was July a blow-off top for residential sales in South Florida?  Nobody really knows at this point.  Did anyone think that house prices would be setting new records while unemployment soared to new highs?  The current combination of low inventory and record low mortgage rates could keep the party going for awhile.  Even with this last burst of sales in July, the average monthly deal volume is still lagging the sales volume going back to 2012. 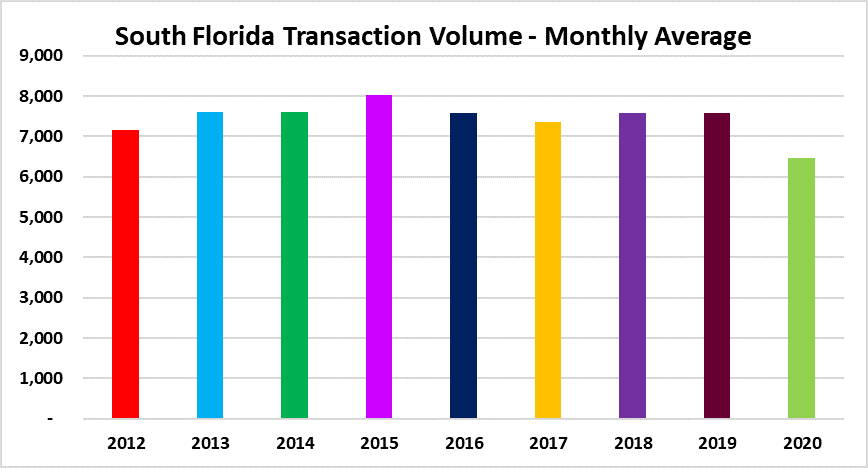 Here are the averages dating back to 2012: