The South Florida residential real estate market saw a noticeable decline in deal volume in the month of January.  There was a 25% drop in closed transactions from December and a 5% drop from January 2015.  Before we breakdown the data by property type, here is a snapshot of the closed transactions in Miami-Dade, Broward and Palm Beach County, Florida. 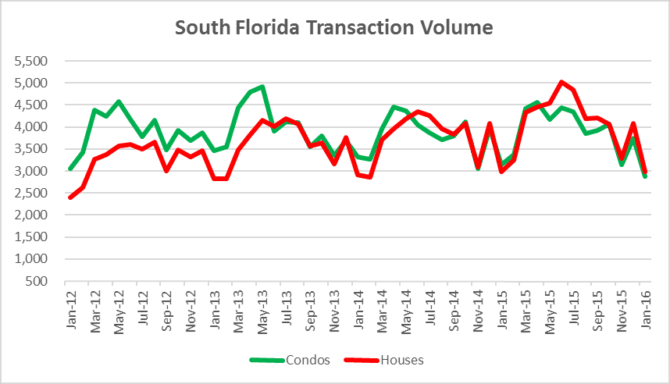 You will notice that each January for the past several years has seen a decline in transaction volume.  The questions is whether this year may be signaling something new, because the total number of transactions has declined to just above 2012 levels.  From January 2012 until January 2016, the transaction totals were as follows:

To gain perspective on the decline in sales, we will take a look at the condo sales volume which totaled 2,870 in the month of Jnauary.  Traditional sales were 82% of all condo transactions, foreclosures made up 15% of sales and short sales were approximately 3% of all South Florida condo closings. 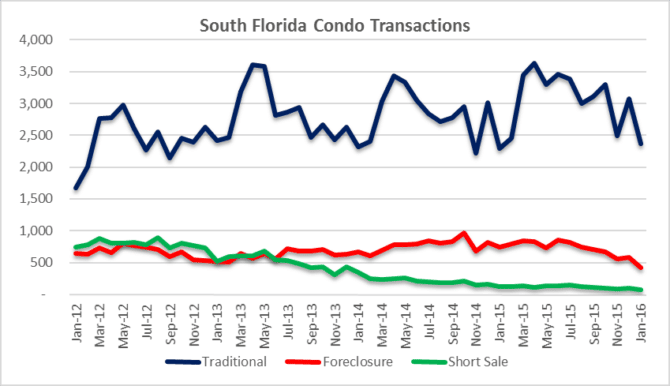 Next we will look at the breakdown of the 2,979 closed sales in the single-family home segment during the month of January.  Traditional sales were 77% of all transactions, foreclosures made up 17% of sales and short sales were approximately 6% of all South Florida closings. 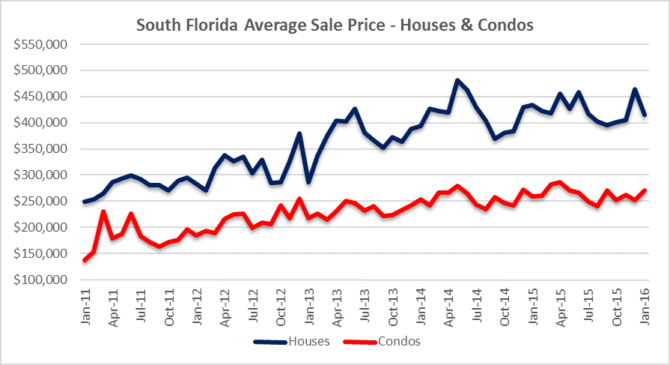 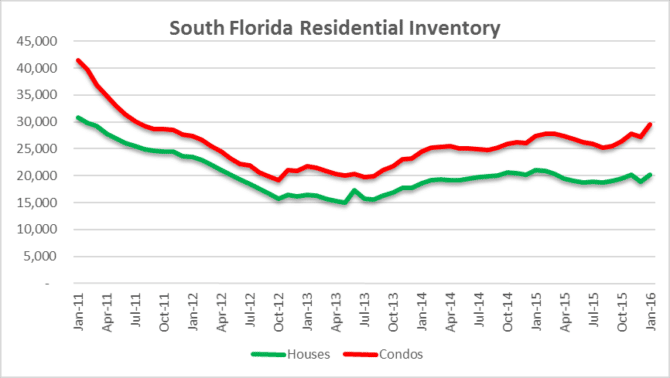 Take a look at the far left of the chart above and you will see that the inventory of 72,241 listings in January of 2011 was cut in half by October 2012.  Halting foreclosures was not a solution to the problem, but simply kicking the can down the road.  Many of the distressed properties from the last crisis are still lingering and will eventually be listed for sale (again), this time it’s eight years after the crisis, or six years into the “recovery”, however you choose to view it.