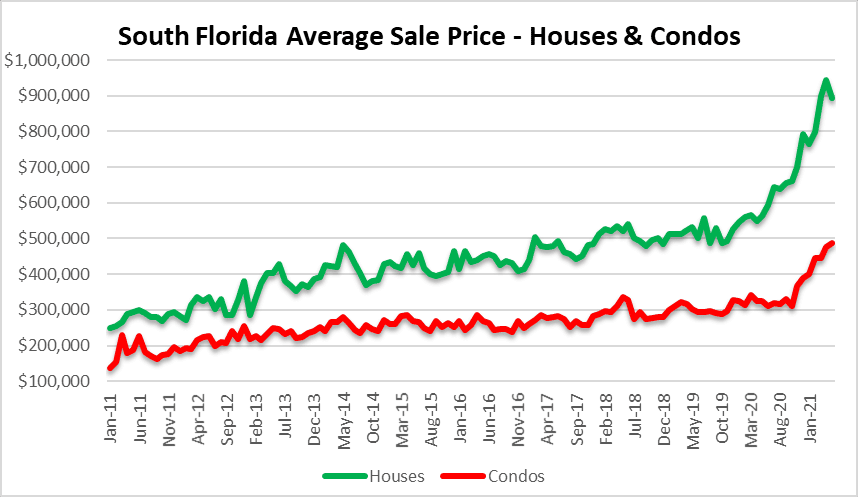 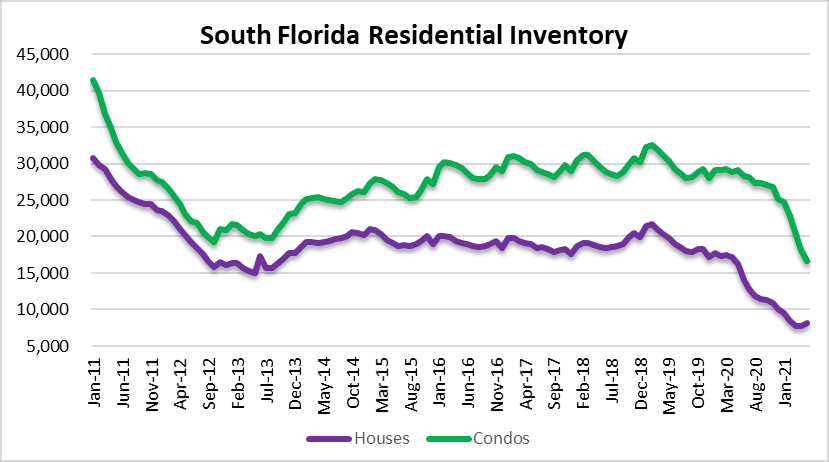 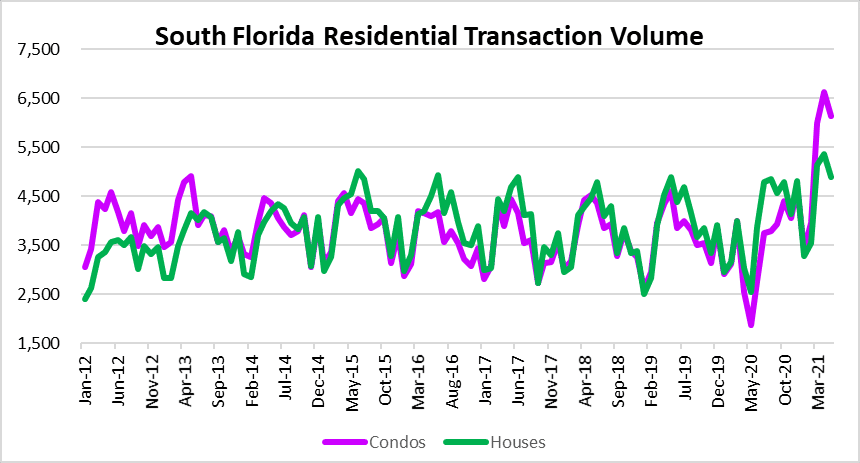 The number of houses and condo properties being sold declined during the month of may. There were six, 134 houses sold in May, down from 6,617 during the month of April. There were four, 884 condo properties sold in May, down from 5,355 condo sold in April. The decline in sales volume in the housing market is partially attributed to lack of inventory, especially in the single-family home segment.  The other reason why the market is finally slowing is that prices are completely insane!  Here is a look at the annual transaction volume going back to 2012: 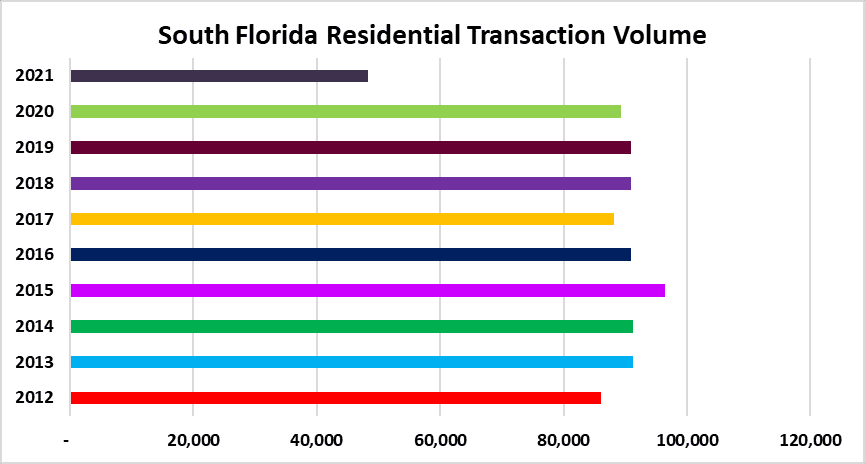 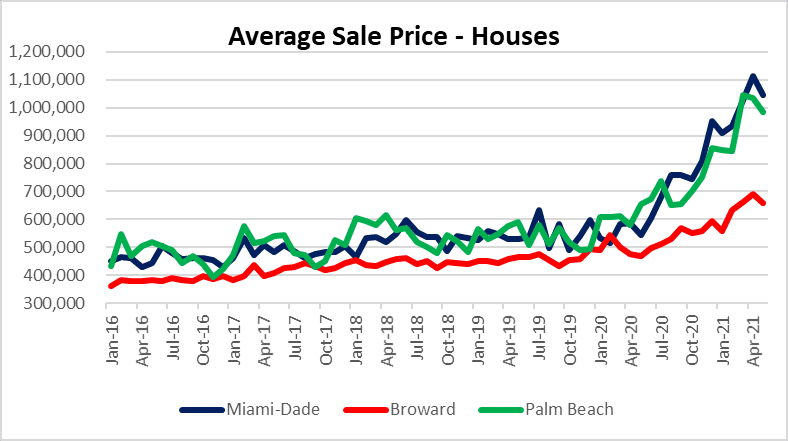 You will notice from the chart above that all three counties saw the average sale price of houses roll over in May.  Here is a breakdown: 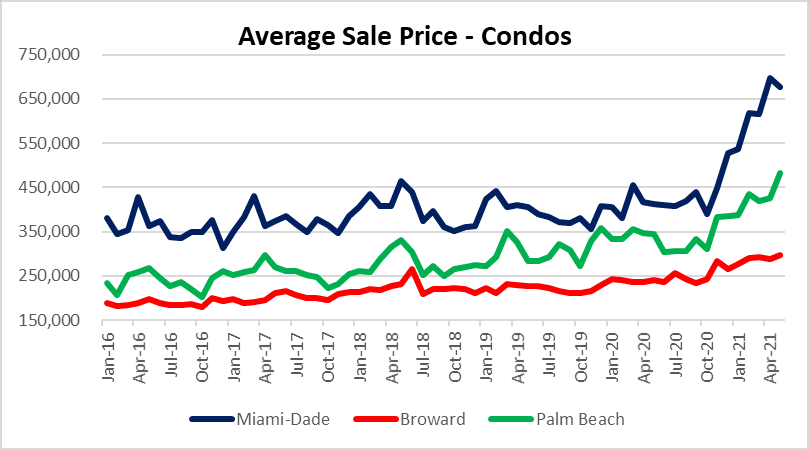 Condo prices were a mixed-bag across South Florida last month.  Here is the breakdown of the average sale prices:

There is no doubt that low mortgage rates have helped fuel this housing market’s climb to new highs.  The line in the sand for the 30-year mortgage to negatively impact housing prices used to be around 5%.  That bar has been lowered to about 4% since rates have been so low for so long.  Until rates get close to that, they shouldn’t be much of a factor.  We recently had a post on the expiration of the mortgage foreclosure moratorium at the end of June and how it may impact local real estate markets.  If South Florida gets hit with a flood of distressed properties again, we all know who will be there to scoop them up in bulk! 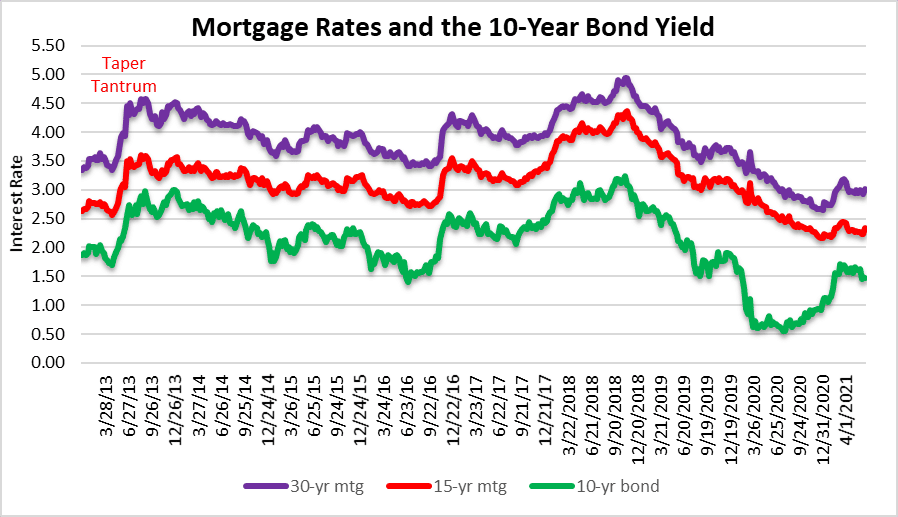