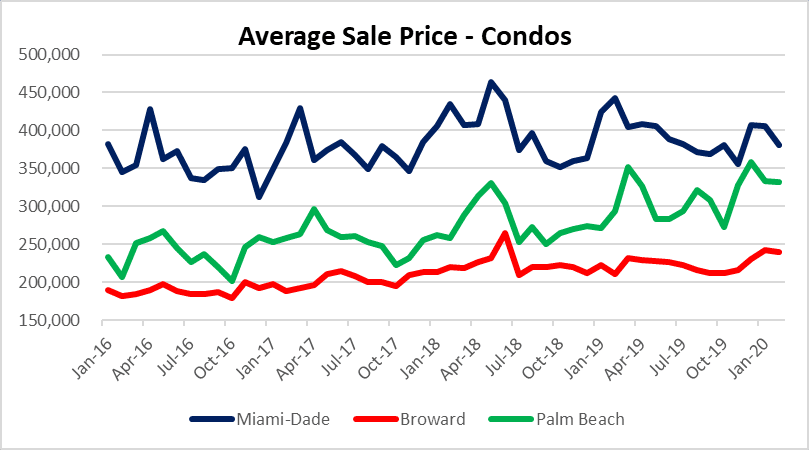 We often monitor South Florida markets as a whole, but today we will look at the three individual markets and their sale prices and their transaction volume.

Three markets and their House Prices

This first chart is interesting.  In the first few months of 2020, it looks like prices in Broward and Palm Beach were on the rise, while prices in Miami declined.  Here is our last post and a snapshot of the average sale prices for February in the single-family home segment: 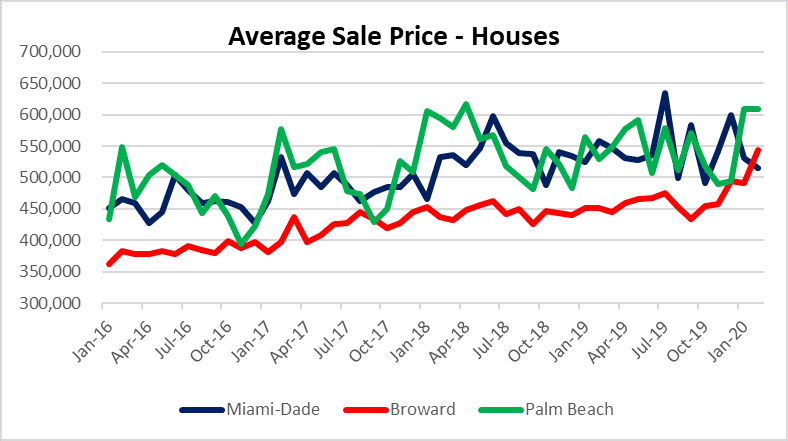 It looks like condo prices were either down slightly or unchanged for the month across South Florida.  Here is a look at the average sale prices in the area:

Sales activity didn’t seem to change much last month in Miami and Broward, but Palm Beach ticked-up a bit.  Here is a breakdown of February sales compared to January: 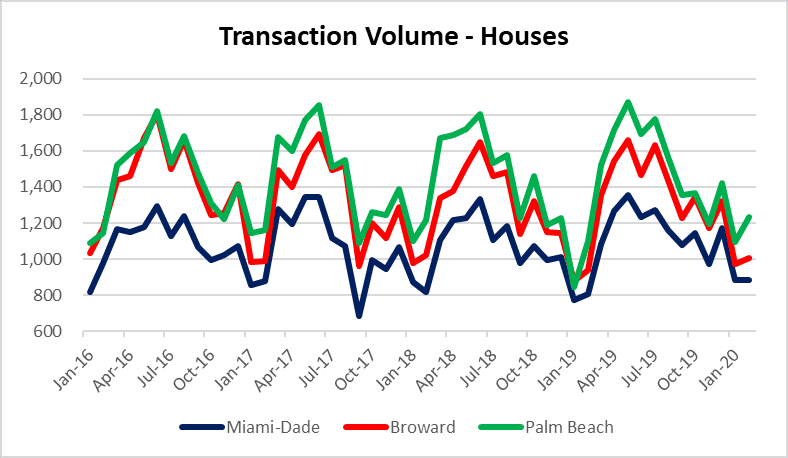 There was a slight uptick in all three markets last month.  Here are the numbers: 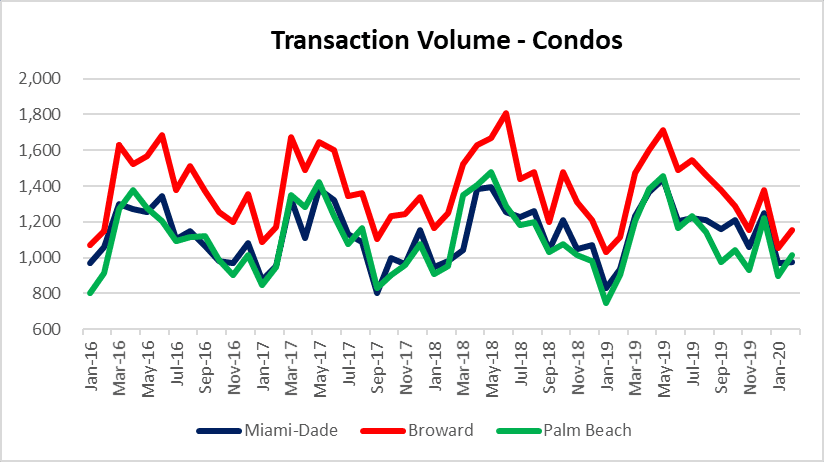 Obviously these charts are all looking in the rear-view mirror at this point.  As with the rest of the country/world, nobody really knows what the impact will look like.  there are plenty of predictions about potential ripple effects, but nobody can be certain at this point.

Here is a chart of the weekly mortgage rates from Freddie Mac and their weekly survey   This is a great resource for updates on rates every week and is released on Thursdays.   As of 3/19 the average rate on a 30-year fixed was 3.50% plus .70% in fees / points, placing it around 4.20%.  The average 15-year mortgage rate was 2.92% plus .60% in fees/points for a total rate of about 3.52% this week.  We reduced the time frame of the mortgage chart to highlight the recent moves better.